This listing was posted on MotorcycleDealers. 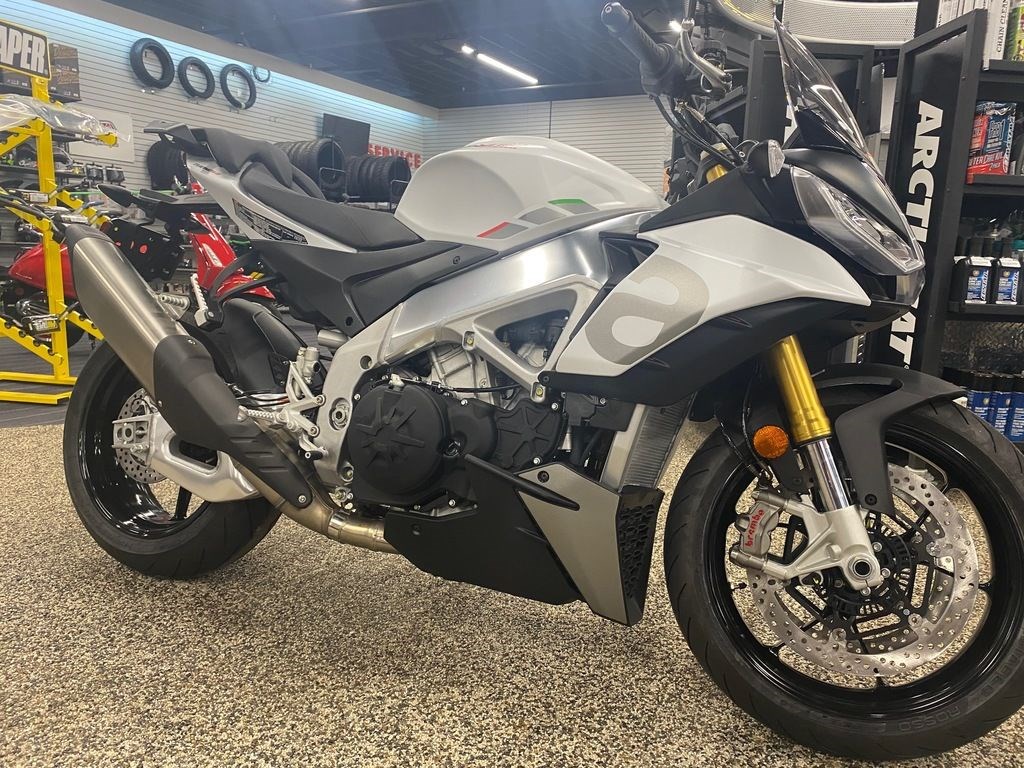 Share
Share
Tools
Price:
$18,595
Summary:
New 2021 Aprilia Tuono
Location:
Edmonton, AB
Description:
2021 Aprilia Tuono V4 1100financing available 2 year factory warranty Alberta Cycle has been proudly serving Edmonton and area since 1927! Visit us at Yellowhead & 97 Street or call at 780-477-XXXX Dont miss our great deals on Tires, Parts, Accessories and Riding Gear. Shop local we match or beat internet pricing! We service all makes and models of Motorcycle, ATV, Side by Side and Snowmobile, including Yamaha, Suzuki, Arctic Cat, Aprilia, Moto Guzzi, Vespa, Piaggio, Honda, Kawasaki, Triumph, Harley-Davidson, Victory, Indian, BMW, Ducati, KTM, Husqvarna, Polaris and Ski-Doo. Freight, PDI, and Assembly not included in the price. 2020 Aprilia® Tuono V4 1100 RR The Latest And Most Spectacular Evolution Of A Sport Naked Dynasty 175 HP 89 Lb-ft Torque 407 Lbs Dry Weight For the fastest and sportiest naked ever, a direct descendant of the RSV4, four-time world SBK champion, a new evolutionary step has arrived which allows exceptional levels of performance to be achieved. The new, sophisticated electronic management includes an advanced dynamic controls package with APRC, Cornering ABS, Pit Limiter and Cruise Control. The inimitable 175 hp V4 earns Euro 4 approval, without sacrificing any of its superb performance. Improved suspension and brakes. Features may include: Euro 4 engine, the same exciting performance The Tuono V4 1100 is the only naked powered by a 65° V4 engine with unique characteristics. The narrow V architecture has made it possible to make an engine that is extremely compact lengthways which helps to centralise weights and to have a compact chassis. The changes made in this evolution of the Italian V4 not only resulted in earning Euro 4 approval, but also in increasing overall reliability and performance, without sacrificing any of the great character and marvellous sound that bikers love so much. The powerplant earns a new exhaust system with a silencer that has a double oxygen sensor and a built in valve. The engine ECU is new, with superior calculating capacity able to manage the rise in maximum revs, now 500 rpm higher. In order to guarantee maximum reliability, decreasing friction at the same time, the piston pins have DLC surface treatment, whereas the connecting rod heads boast a surface honing treatment. The combustion chambers are no longer obtained through a fusion process, but by a finer, numerically controlled mechanical process, whereas the gearbox now has a linear sensor that guarantees impeccable gearshift operation. Suspension and brakes directly from the new RSV4 If, on one hand, the new Tuono V4 range fully confirms all the proverbial qualities of handling and stability stemming from a frame that is closely derived from that of the Aprilia RSV4, seven-time World Superbike champion, on the other, it introduces important news in the brakes and suspension department. The front Brembo braking system comes directly from the one on the new RSV4 and relies on a pair of new steel discs that have been increased to 330 mm, gripp
For sale by:
Private Party
Posted:
November 2 2021 on MotorcycleDealers
Share
Share
Tools

This listing was posted on another website. Click here to open: Go to MotorcycleDealers
Important Safety Tips

To learn more, visit the Safety Center or click here to report this listing.